Red Heritage is a documentary about The Finnish Civil War in 1918 and it’s influence on contemporary Finland from the perspective of one family. The film tells the story of the artist Carl Sebastian Lindberg’s great-grandfather Antti Meritähti who fought for the Red Guards, as told by Lindberg’s relatives and through information from different archives. The fact that Lindberg’s great- grandfather fought for the Red Guards that lost the war is still a taboo in the family, and one of the interviewed, the artist’s uncle, is not willing to show his face in the film, we only see his hands.The video is in Swedish with English subtitles. The work was produced by Stiftelsen Pro Artibus. The exhibithion is supported by Visek and Nylands Nations Kulturfond.
For more info see:

The Kiila-Magazine Verso (in finnish) is relased. It’s available for free in the most recent number of Voima and printed in an edition of 50000. It can also be downloaded as a pdf-file at Kiila’s homepage:

The magazine features a text by Carl Sebastian Lindberg about the unemplyement and social situation of Finnish visual artists today. The magazine is edited by Ville Ropponen.

As part of the Tok Curators‘ new art research-based project ‘The Russian Bar: Why Relocate? New approaches to neighborliness and interchange’, you are welcome to attend and participate in our Speech Karaoke at Bar Loose in Helsinki!

The main idea of the ‘Russian Bar’ project is to analyze the new waves of migration to Finland fueled by the political turbulence with the focus on the changing of internal and external politics in Russia and Finland.

Speech Karaoke will be based on texts in Russian, Finnish and English that touch upon political and human relations between Russia and Finland.

Click here: http://tok-spb.org/new/en/projects/the-russian-bar-why-relocate to see the project description and the events program in June.

The project is supported by Kone Foundation

The portrait of President of the Republic Sauli Niinistö was unveiled in the Presidential Room of the Government Palace on Friday, 4 May. It is a mosaic composed of one hundred partial works by one hundred younger-generation artists — graphic artists, sculptors, painters, video artists, performance artists and photographers — who are or have been active in Finland. The portrait was produced by visual artists Atro Linnavirta and Anita Naukkarinen who selected the participating artists.

Carl Sebastian Lindberg was one of the 100 artists participating. His piece is a collage done with a euro banknote and acrylics.

The portrait of President of the Republic Sauli Niinistö will be placed on display in Ateneum Art Museum on Tuesday 5 June. It will be on exhibition to the public until 2 September, after which it will be returned to the Presidential Room in the Government Palace.

Speech Karaoke will for the first time be performed in France on the 16th of May. Free entry ! The event is organized by Fondation d’Enterprise Ricard and curated by Christian Alandete. 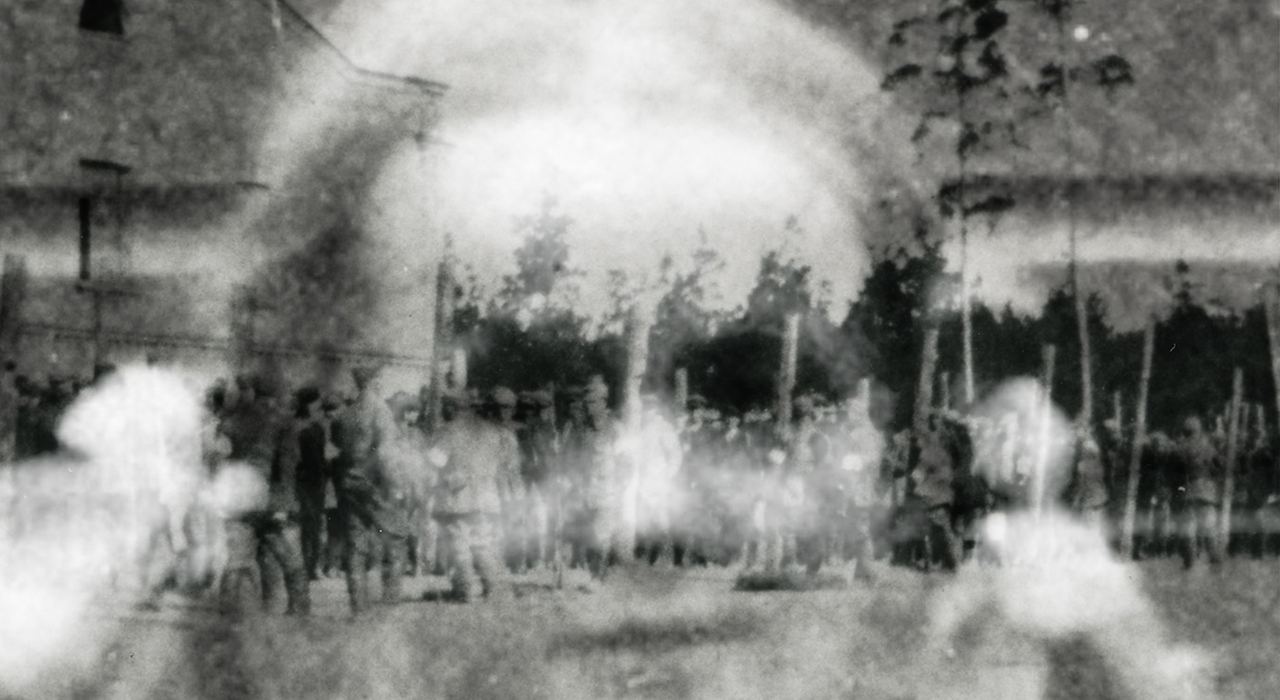 On the 15th of May 2018 it has passed 100 year since the end of the Finnish Civil War. On that date Carl Sebastian Lindberg’s new videowork will be screened in Helsinki at the WHS teatteri Unioni.

From the series “Selfportrait as Mannerheim” (2017)

THE EXHIBITION WILL BE OPENED BY AUTHOR AND HISTORIAN  STURE LINDHOLM.

Free bus transfer from Helsinki departures at 3:30 pm from the Kiasma bus stop. Returns to Helsinki at 7 pm. Please, note that there is a limited number of seats and make your reservation not later than 18 September to: 019-2239 010 or proartibus@proartibus.fi

Gallery Elverket’s autumn season is being opened by Carl Sebastian Lindberg, a visual artist who delves deep into the social issues affecting Finland’s recent history. His works combine personal and universal experience, transforming them into totally new narratives. Lindberg deals with the mystique linked to national feeling, and to nationalism in general, and brings up alternatives to historical interpretations that are seen as being universal.

The body of works being shown at Elverket is Lindberg’s (1978) hitherto most extensive solo exhibition. There for our inspection are new and recently created works by this multifaceted artist. Carl Sebastian Lindberg gained his Masters of Fine Arts degree from the Academy of Fine Arts Helsinki in 2008, and has since been an active contemporary artist. His works have been shown in various parts of the world. The moving image and photography are his principal media, but he is also a founder member of the Speech Karaoke project. At Speech Karaoke people give speeches, instead of singing.

The exhibition comprises four works or composites. Home and Country (2013) is a videowork that “deals with my aunt, the author Ann-Mari Lindberg’s, experiences as a child during the Winter and Continuation Wars. The work’s starting point is a microhistorical one, I have chosen to relate some minor incidents in a child’s life, but through them also some major events in history. For example, the outbreak of war is dealt with through the way Ann-Mari’s father bought gasmasks for the whole family, and the way her mother sewed snowsuits for the children – similar snowsuits to those that soldiers at the front wore. The military alliance with Nazi Germany during the Continuation War is touched on when Ann-Mari talks about how it felt to do the Hitler salute and to march in step at Helsinki’s German school, which she attended until 1944.”

World Champions (2013) is a video about Finland winning the ice-hockey world championship in 2011. Lindberg has been interested in the mass reaction that followed this victory, and the variety of expressions that people’s feelings took on. The viewer gets to participate in the spontaneous joy, but also in some totally different aspects of the effervescent party atmosphere, which was spiced with a substantial measure of national feeling. The exhibition coincides with the premiere of Red heritage (2017), which was produced by Pro Artibus. This is a documentary dealing with the events of 1918, and with the vestiges of them that still live on. Lindberg’s paternal grandmother’s father, Antti Meritähti, was in the Red Guard, and was imprisoned in Tammisaari until 1919. The documentary deals with the way people in various positions related, and still relate, to the family’s red heritage. This is a story about how a family maintained silence and felt shame, and about the traumas that remain for those who were on the losing side during the civil war. Red heritage is the first of Lindberg’s works that the Pro Artibus Foundation is acquiring for its collection.

The fourth item in the exhibition, Selfportrait as Mannerheim, reveals a more playful side to Lindberg’s art. This involves a series of photographs in which Lindberg replaces the face of Finland’s Marshal Carl Gustaf Emil Mannerheim (1867-1951) with his own. The iconic photographs of Mannerheim in various situations instantly become something totally different. The pictures tell us something new about the artist, but also about the viewer’s own reactions.

Home and Country (2013) is shown as an installation in Vapriikki as part of the Backlight Photo Festival. The installation includes archival photos as well as childhood drawings by Ann-Mari Lindberg that are connected to the video.

Carl Sebastian Lindberg is to be included in the exhibition “Korkeemman kaiun saa” at Rauma Art Museum 30.9-12.11.2017. The exhibithion deals with questions of national identity, indepence and national symbols.

Speech Karaoke is back in Helsinki for our regular club at The National Theatre’s Lavaklubi. This time the theme is “Last words”. We have the last words from Socrates, Jesus, Martta Koskinen and many more !